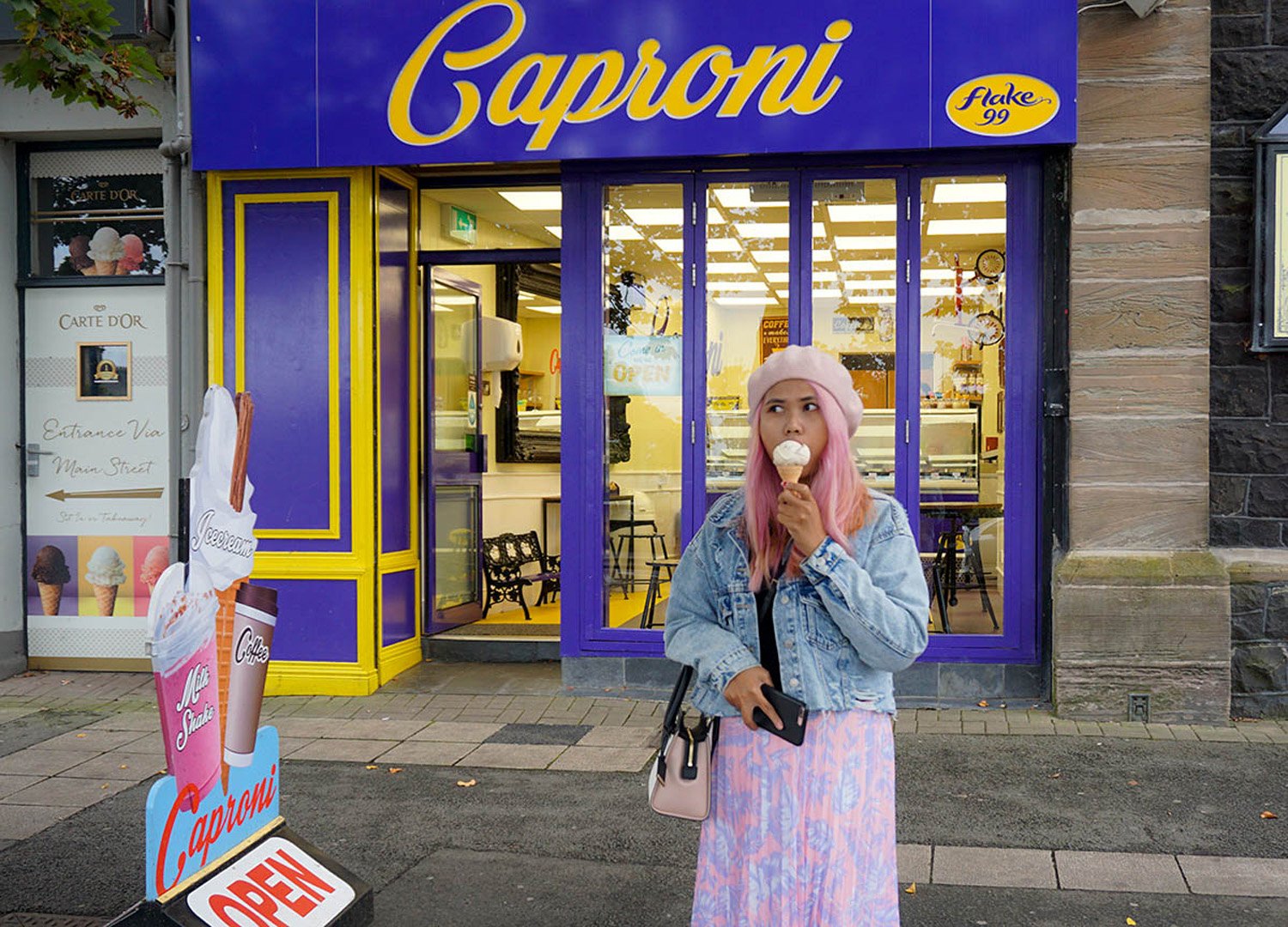 There is a general tick list for tourists to Bangor and Northern Ireland, with fish and chips often being up there alongside the unmissable Ulster Fry. But traditional Northern Irish food goes much further (our traditional Northern Irish food guide here) and here we hope to help you track down the best of it at the local pub grub, chippies (chip shops), cafes, and restaurants in Bangor city centre and along the Bangor seafront stretch. A guide to those foods that have dominated the menus of this sunny seaside destination since way back in its tourist heyday. Fancy a wee poke?

For those less fussed in seeking out pastie suppers, there will always be restaurants offering a more contemporary take on local cuisine, along with your usual plethora of takeaways and international restaurants in Bangor. So I hope to share the whole list of Bangor Restaurants, categorised to the best I can, as up-to-date as I can, and with links to their social media pages (where possible) so you can go check them out yourselves. And feel free to add your own recommendations in the comments.

I’m going to list this from top to bottom sharing only the businesses in Bangor town/city centre. Starting from the top of Bangor at Castle Park and Bangor Abbey which is more or less opposite the main arrivals at Bangor Train Station and Bangor Bus Station terminals. Then it’s down Bangor Main Street including the wee side alleys and bits in between. Before reaching High Street, which is where most bars/cafes/restaurants in Bangor are found, and of course the scenic Bangor Seafront and Marina area. Note, Bangor is a small city, so every listing below is within 500-metres or so of any other. All restaurants in Bangor are also an easy dander of the central stations. And here’s our guide on where to stay in Bangor.

There’s a lot of crossover between restaurants/pubs/nightlife in Bangor, so I’ll stick to the more amiable restaurants here, where the focus is on food, rather than the pints. A special mention should also go to The Boat House Dining (Bangor’s upscale dining), and maybe Jamaica Inn (not on the city centre list but found just further round on the coast towards Ballyholme).

Bars, Pubs and Banter in Bangor

Mainly found on Bangor High Street, the focus here is on draft pints and alcohol. Behind the bar will be the standard draft pints of beer and cider, bottled alternatives, then a wide range of spirits and mixers. However many bars will also serve a list of pub grub, tapas-style snacks maybe, or KP Nuts and pork scratchings at the very least. (I’ll highlight those with proper menus/dining in bold).

There are surprisingly few fish and chip shops these days (how much I miss Pauls and Nibble) as they are found more in local areas/suburbs of Bangor, there is Colin’s nearby on Castle Street. Most chippies are scattered in suburbs and residential areas of Bangor so there aren’t as many as you’d expect in the centre of town/city. I’d also include Colin’s Chippie here found over opposite Bangor Abbey on Church Street which isn’t included in city centre boundary. The local delicacy is the pasty supper (here for our chip shop guide). Most chippies are takeaway but I’ll highlight in bold those with proper dining options.

Bangor is well known for its many central cafes because they’re continually changing and popping up all the time. These cafes are normally open in the earlier hours of the day, and will hopefully offer Northern Ireland’s iconic Ulster Fry (our battle of British breakfasts here). There’s also a great cafe in the (free entry) Bangor Museum, and, for fancier fare, just round the coast there’s the Starfish at Cairnbay Lodge, which are both included in our Cafe tour of Bangor and Beyond. I will again highlight in bold those with a focus on a traditional (or close to traditional) Ulster Fry. Black pudding ftw.

Ever had a crisp sandwich? Me either. But you might be able to find one in the local sandwich shops. Tayto crisps the obvious choice in Northern Ireland. Anyway, bakeries are also great for local staples like tray backs and whatnot, as well as the wider British bakery fare including sausage rolls, sandwiches, and, have you ever had a crisp sandwich? Many here will be simple purchase/takeaway options but I have included sit-in dining options in bold. There’s also a Greggs and a Subway Sandwich.

Like near every town or city in the UK, most restaurants and takeaways are Asian these days. This includes some long-standing Chinese and Indian restaurants in Bangor that offer the usual anglicized Cantonese and south Asian cuisine. But more recently a wider mixing pot of ‘ethnic’ restaurants has emerged inspired by southeast Asian cuisine, including Thai, Malaysian, Filipino, and even pan-Asian Wagamama-style street food in Neko. Many are takeaways so I will highlight the restaurants in Bold.

Again an anglicized version of Indian and South Asian cuisine with curries, chicken tikka masala, and our typical order of extra hot vindaloo, because, while Phaal has heat, it always lacks in flavour. Again, similar across the board with Yaks Nepalese being the only exception (our Yaks review here). To date, no roti joints or thali style menus.

This is where Bangor has been pulling its pace lately introducing a more dynamic and diverse food scene in our lovely seaside city. In fact, all but one of the below (Blu Buddha) opened post-Covid. First was Tuk-Tuk with pan-southeast Asian-inspired dishes, then Camille Thai, a Thai-inspired restaurant chain, and Kalye Filipino Street Food which also oddly specialises in Japanese Ramen, Chinese Bao Buns and Taiwanese bubble tea. No Bicol Express I’m afraid.

All the other stuff!