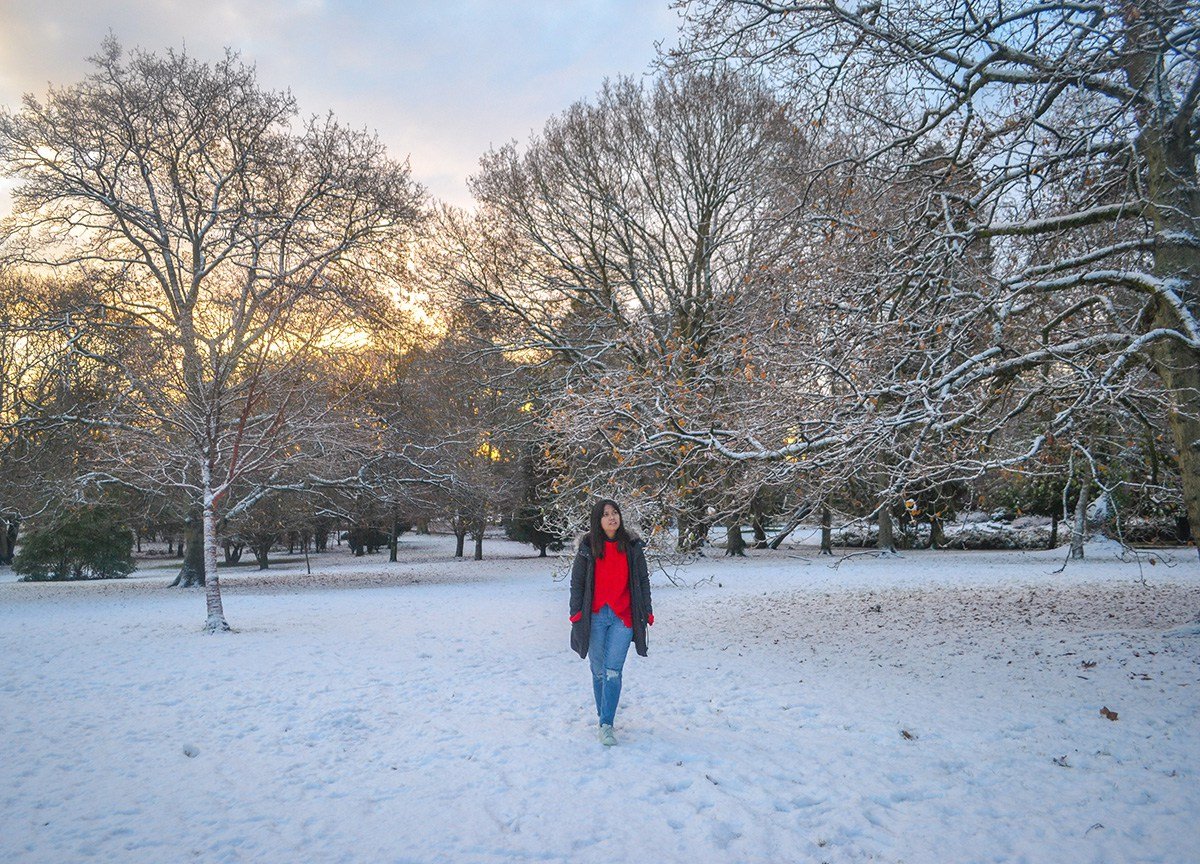 Things to Do in Bangor Castle Park

Castle Park will likely be the first place you see when arriving to Bangor, with the old Town Hall (or Bangor Castle as it’s now better known) found directly opposite central arrivals stations in the centre of Bangor and, it’s just really hard to miss. Then, surrounding Bangor Castle is a rather expansive woodland known as Castle Park.

Castle Park will always be a handy start for exploring Bangor town city centre, with many of the main central tourist attractions found within its boundaries, including Bangor Castle, the North Down Museum, Bangor Abbey, and the Victorian Walled Garden. All are shared in more detail below.

Castle Park is more of a forest park than your typical town park, a woodland, so there’s not really the usual park life activities, like ponds, and ducks, and swans, that many expect. For these, check out Bangor’s Ward Park, which is also relatively neaby.

, Castle Park is just a rather scenic woodland area to get lost in and to explore, with waymarked walking routes (red and yellow) which we’ve never actually followed because it’s just more fun to walk off-track and get lost in what is a relatively small and compact park (you won’t be lost for long).

Along the way, you’ll likely pass dog walkers and dogs, and squirrels, and maybe some dogs chasing squirrels. And for those into trees and botany, there are all sorts of mature conifers and deciduous trees scattered throughout the park.

While Summer is the preferred season for visitors to Bangor Castle Park, when it’s warm, and sunny, and the days are longer. I am instead sharing the park in the lesser-visited times of the year, like in autumn, when the maple trees really are quite stunning, and they keep the park bright and colourful right up until December.

The North Down Museum

Castle Park is also home to the North Down Museum (formerly Bangor Heritage Centre) which is found in the back annexes of Bangor Castle and the old Town Hall. Inside the museum shares various artefacts and treasures from the region, dating back to Bangor’s early beginnings, around 500BC, in the late Bronze Age. Otherwise, the main themes and exhibits of the museum include Bangor’s Christian Heritage, and the founding of nearby Bangor Abbey, which is found just a short walk from the museum in Bangor Castle Park.

Other interesting exhibits and eras showcased in the North Down Museum include the World War connections, which again link in with many of Bangor’s other tourist attractions, including Bangor’s Eisenhower Pier and various statues dotted through the town. , our own personal highlights include the glass beehive upstairs, nearer nostalgia with Bangor’s tourist heyday, and there’s obviously a replica of Bangor Castle made from 2,011 sugar cubes. They also have a cafe (Coffee Cure at the Museum) for some grub.

For further info, we shared a full write-up on Bangor Museum here for more info and a brief (but relatively comprehensive) history of Bangor here.

Continuing on with the whole Christian heritage theme. In the front courtyard of the Museum is a plinth holding a bell with the word “Bobbio” chiselled into the side of it. Where Bobbio, in Italy, is the final resting place of former Bangorian Saint Columbanus, who founded a number of monasteries throughout Europe, including France, Germany, Austria Switzerland and Italy (our bit on Bangor to Bobbio here). And this is the first of a trail of similar markers that share Saint Columbanus’ missionary journey through Europe to finally reach where he set out from at Bangor Abbey (so it’s kind of backwards from the Museum).

The trail in Castle Park, therefore, begins (or ends) at the museum, where leaving it cuts across the side of Bangor Castle, to follow the front of the park until its end (or beginning) at Bangor Abbey. Which is hard to miss given the massive bell (that looks a bit like an oversized monopoly piece) found just after Malachy’s Wall. Along the way there will be notice boards at each bell, sharing titbits of the monks’ journey, as well as benches for the old-timers who are likely to follow the walk (it’s probably no more than 500meters). Also, keep an eye out for ‘C.S Lewis’ Bench’ found at the front of Bangor Castle, which is where the Narnian Author would sit and look out over Belfast Lough.

Bangor’s Walled Garden is the restoration of the former Victorian gardens once used by the residents of Bangor Castle (the Ward Family back in the 1840s) to grow fruit, veg and flowers for their estate. It later became a nursery for the various trees now surrounding the castle in Castle Park. Before it was finally restored and opened to the public in 2009. And now it is home to a number of Bangor’s historical instalments, including an old bandstand formerly located in the ‘Sunken Gardens’ at Pickie Park. As well as some more contemporary additions like the central fountain and greenhouse conservatories. Note, Bangor Walled Garden is only open through the brighter months of the year (our full write up here) and there is a small onsite cafe in the busier months of this period.

How to Get to Bangor Castle Park?

By Car: There’s plenty of parking available in-and-around Bangor Castle Park for those arriving by car. From the town city centre it is best to just follow the road up towards, and past, the Town Hall. Before taking the 1st right into the shaded parking at the North Down Museum (Google Maps Here).

Alternatively, take the 2nd right before reaching the rather retro-looking Omniplex Cinemas, where there will be a massive free car park at the far end of the street at Bangor’s Aurora Aquatic & Leisure Complex (aka the swimming pool) which it shares with Bangor’s Walled Garden.