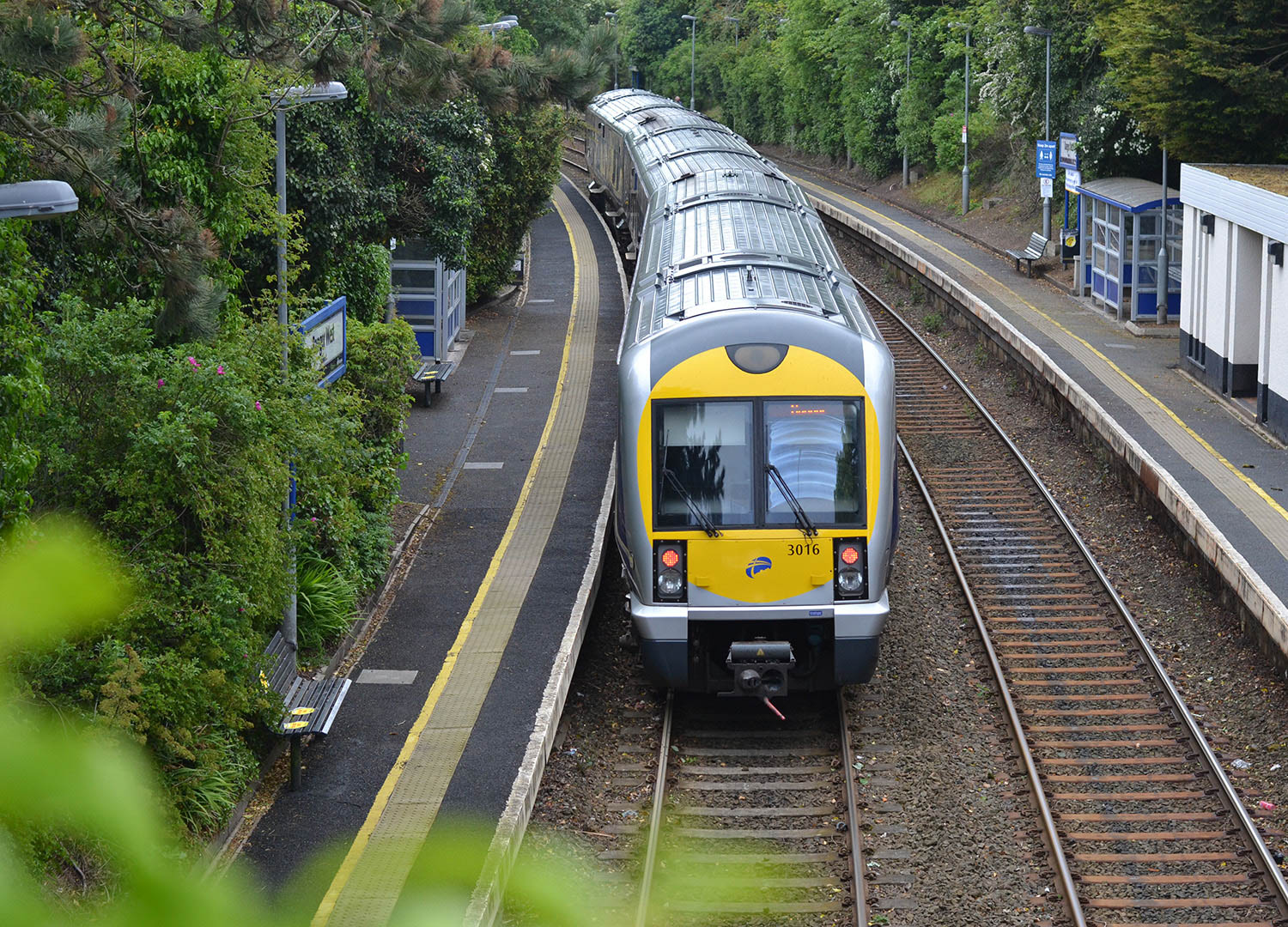 So the Belfast to Bangor train line starts at Great Victoria Street Station, which connects to the Europa Bus Station, as the main transit hub for travel in all of Northern Ireland. The Belfast to Bangor train then terminates at the seaside tourist town of Bangor after following the North Down Coastal Route (as in the video above) and the Gold Coast (dubbed so because of its sandy beaches and “because it is the most affluent part of Northern Ireland”. The main tourist attractions found along the route include; The Ulster Folk and Transport Museum (Cultra), Crawfordsburn Country Park (Helen’s Bay), and the seaside town of Bangor (Bangor). Along with various beaches and coastline attractions along the way.

It is best to go directly to the official Translink timetables list (here). Click on “Train Timetables” at the top then the Belfast to Bangor Train timetable should be available for download (PDF). Otherwise, the Belfast to Bangor train travels regularly starting from around just after 06:00 AM and ending shortly after 23:00. Times will vary between weekdays and weekends and more trains run during the busier times of the day. Otherwise they generally travel every 15-minutes or so during peak times and 30-minutes or so during quieter hours.

This stop is specific for Belfast City Hospital (Location/Map here).

The Botanic Station is named after nearby Belfast Botanic Gardens, a rather massive park with gardens that connect various tourist attractions including the Ulster Museum, the Palm House and Tropical Ravine, as well as the buildings of Queen’s University in Belfast. This is a popular student area known also for its nightlife.

Lanyon Place (formerly known as Belfast Central Station) is located next to the Lagan Riverside in Belfast and opposite various tourist attractions such as the Belfast Hilton, the Waterfront Hall, St George’s Market and Victoria Square. A walk along the riverside finds the “Big Fish” and a number of bridge crossings (Maritime Mile) towards the Odyssey Arena and Belfast Titanic Quarter.

Sydenham Station is the closest and most convenient train station for travel to/from Belfast City Airport, although it is still a 0.5-mile walk between the two, including a footbridge crossing the main Belfast to Bangor Road. So it’s not the easiest airport connection for those travelling with bulky checked baggage. From Sydenham Station, it is 20-minutes in one direction to Belfast (Great Victoria Street) and 25 minutes in the opposite to Bangor town Centre.

Holywood Station connects to the small coastal town of Holywood, around halfway between Belfast and Bangor, and it is a nice enough stop with cafes and restaurants in the nearby main street of the town. Holywood also marks the start of the main North Down Coastal Path route (10-miles from Holywood to Bangor), however the more scenic coastal walks start further along the line at around Helen’s Bay.

Marino Station is found just after Holywood Town where it is just a short walk from Seapark Beach (Seapark Recreation Area) a nice seaside area with a sandy beach and a children’s park and play areas (a simple map here). Again it is a potential start for the full 10-km coastal route from Holywood to Bangor.

Cultra Station is the nearest train station to the Ulster Folk and Transport Museum, located around 0.5-miles along the main Bangor Road (directions here). It is also just minutes from the prestigious Culloden Estate and Spa (hotel). Otherwise, Cultra is an “affluent residential suburban area near Holywood”, and there is some coastal charm in the moorings and yacht club found along the seafront and coastal path route.

Seahill is a seaside residential area, but it is possible to access the North Down Coastal Path from Seahill Station, by following to the bottom of Seahill Road (directions here). There is also the occasional scenic spot, including the “boardwalk” bridge, and an old stone boathouse, before reaching the “Sea Park” car park (car park here) and the official start of Crawfordsburn Country Park.

Helen’s Bay Station is the nearest Train Station to Crawfordsburn Beach and Country Park, although the nearby coastline in Helen’s Bay is definitely an attraction in itself, with the Grey Point Fort museum (free entry) and Helen’s Bay Beach. The station is located slightly inland in a small coastal village of Helen’s Bay (10-mins walk. Directions here.) and it is then a 10-minute walk along the coast to reach the main attractions of Crawfordsburn Country Park.

Carnalea Train Station would be a good start for the coastal walk to Bangor seafront (4km) where the Train Station connects easily to the coastal path (here it is) starting with the seafront boundary of Carnalea Golf Course. The pathway then passes Strickland’s Glen, Brompton Bay, and Wilson’s Point before reaching the Bangor’s seafront marina and attractions.

This would be the outskirts of Bangor, again a residential area, and while there is little of interest in the near vicinity of Bangor West Train Station, there is Strickland’s Glen, a small forest park that connects to the coastline at Smelt Mill Bay, around 5-10 minutes walk away (directions here). It is then an easy enough walk (30-mins or so) to Bangor’s seafront attractions.