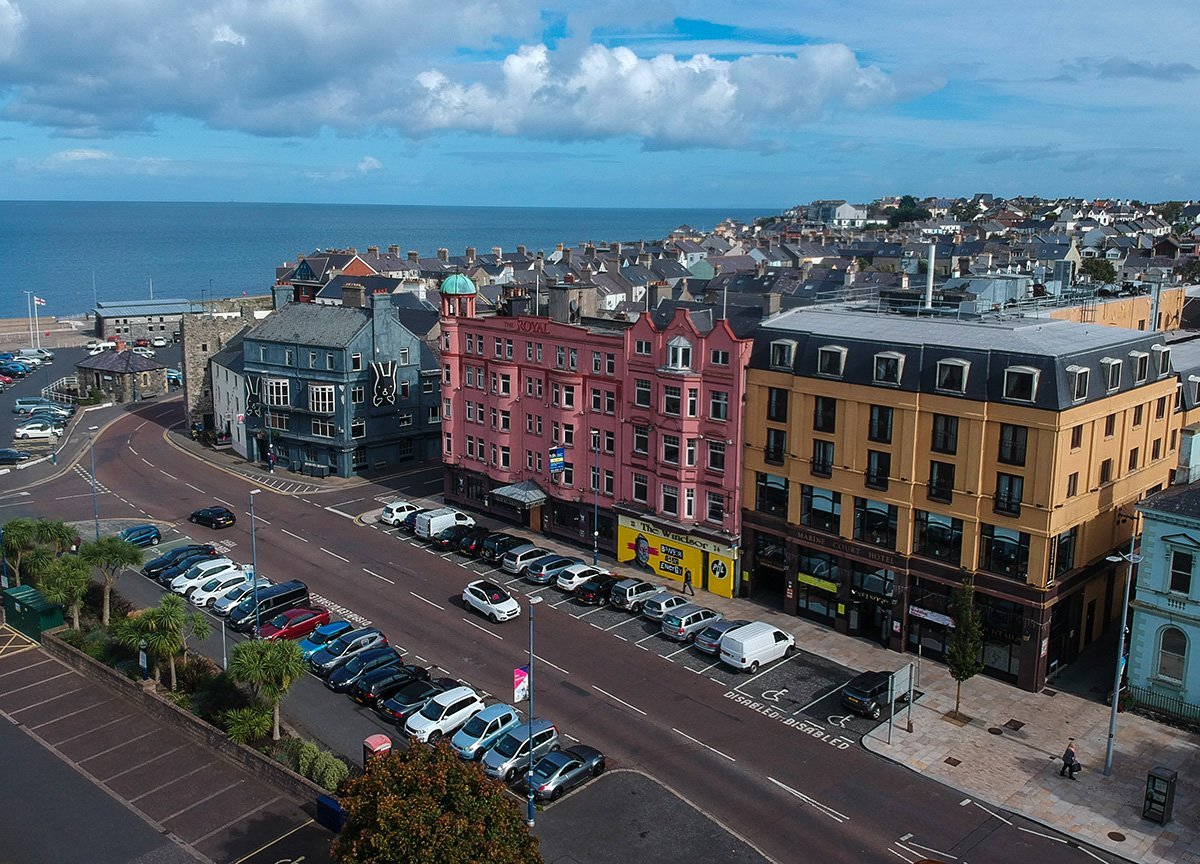 Where to Stay in Bangor Northern Ireland?

Back in Bangor’s heyday, there would have been hundreds of hotels dotted throughout the town, only these days there’s barely a handful of consistent accommodations open throughout the year. However, an upturn is expected in the coming years in Bangor, with the rather massive Premier Inn opening opposite the main bus and train stations (Premier Inn Here), and next to Bangor Castle and Castle Park.

Otherwise, there are few hotels in Bangor shopping centre as all the better hotels in Bangor are located along the town’s seafront and coastline. That being said, there are occasional apartment rentals in different parts of town, including The Hamilton and Top of the Town House out near Bangor’s Ward Park. And it will be no more than a 5-minutes walk between all central areas anyway.

So there is a mix of Guesthouses, Rental Apartments and Hotels in Bangor, but be careful when booking online as the typical list of Bangor Hotels (full list of here) includes many that are miles out of town, although I will share this in a wider list down the line (e.g. the Old Inn in Crawfordsburn). But, for now, these are the best hotels in Bangor town centre.

The best hotels in Bangor are always found along this seafront stretch, where The Royal, The Windsor, and The Marine Court Hotel were the long-standing accommodations in the town. However, the Royal and Windsor are no more, mostly due to the uncertainty in tourism in town, and the collapsing UK economy. Although I’m guessing it can be rather costly to maintain these old Victorian heritage buildings. So The Marine Court (current rates here) is the only hotel left on this short stretch of Bangor’s seafront, where it overlooks Bangor Marina and the various seafront surroundings. It is also the main MICE accommodation in Bangor and is the only hotel in town with a swimming pool. However there is now a newish addition, with a boutique-style accommodation just 100-meters down in the Salty Dog Hotel & Bistro, which sit opposite the entrance to Bangor’s Eisenhower Pier.

Leading on from the Marina and Pier area of Bangor’s seafront is Seacliff Road, where the seafront stretch of Victorian Houses which were again popular at one time for independent guesthouses and B&Bs. But again there seems to be a decline in numbers now operating, at least when going by the online booking agents. As it really just seems a bit hit-and-miss at times, where Guesthouses appear to remove their listings when outside of popular tourist months (I’m guessing).

But I did manage to find a couple, including the Seacliff Guest House and a rather slick alternative in 30 Seacliff. When it comes to rooms with sea views, these guesthouses will likely have the best views in all of Bangor, given there are sea view rooms on offer.

Slightly further along this road (about 1km from the town/city centre) is Cairn Bay Lodge which has always been popular with my family visiting from abroad. It’s found pretty much opposite Ballyholme Beach.

The Pickie Pool area of Bangor, or Pickie Fun Park as it is now known, is the best place to find cheap accommodation while still being close to all the seafront attractions. And this includes a handful facing along the seafront facing (Queen’s Parade), as well as some cheaper options further back towards the Princetown Road. The main guesthouse along the front would be Astala Lodge (cheap but questionable reviews), and then there are a couple of new additions with Pickie Terrace found behind Pickie Fun Park itself, and then Shelleven Penthouse. But again, these are very limited in availability, and are more than not sold out or unlisted online. Further back there is then Shelleven Hotel which is one of the more consistent guesthouses in Bangor next to Princetown Guesthouse, then there’s Ennislare House.

There are a handful of hotels outside of central Bangor, but I would forever recommend the Old Inn in Crawfordsburn (aka Crawfordsburn Inn), where it’s literally found on the doorstep of some of the best scenery along this coastline. Because the Old Inn connects to Crawfordsburn Country Park, with a lane next to the hotel leading to some of the more exciting attractions in the park, such as the Waterfall Trail as well as the Crawfordsburn Viaduct.

The hotel also marks the start of the Bayburn Trail which loops through Crawfordsburn Country Park, and past many of the best Coastal Path attractions like Swinley Bay, Crawfordsburn Beach, Helen’s Bay and Grey’s Point Fort. The Old Inn is also the lifeblood of the quaint and characterful village of Crawfordsburn, with the only bar and restaurant in the area, and it’s famous for C.S. Lewis (author of the Chronicles of Narnia) once Honeymooning at the inn back in 1958 (full info on the hotel here).