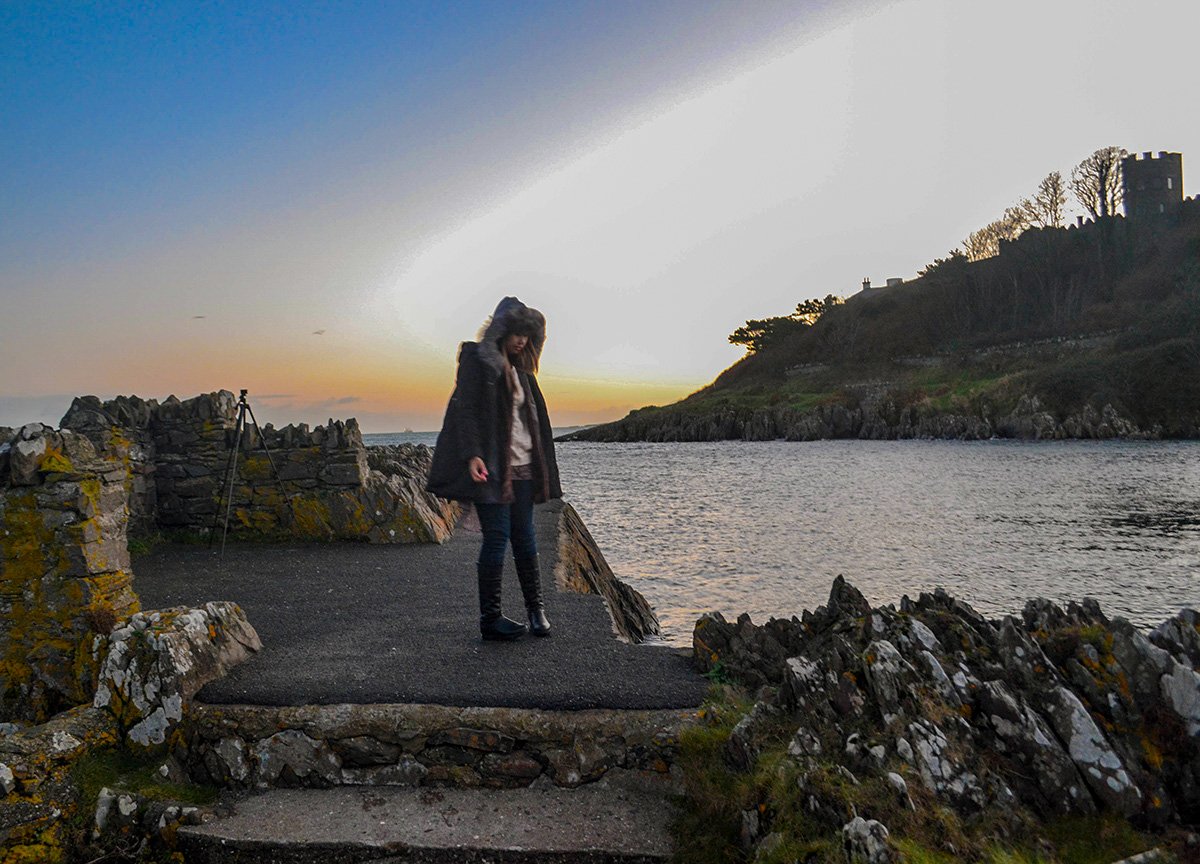 We put together the Jenny Watts Treasure Hunt back in 2015 to encourage local kids and young folk to explore the history of Bangor and to encourage them to get out and to be physically active.

The hunt took place in Bangor Town Centre and consisted of a number of stages which included 2 sets of clues where the answers were then used to help complete the third and final treasure hunt quest. The final quest then took place on a Saturday morning (23rd May 2015 at 10.00AM) when the kids would receive a final set of clues to find Jenny Watts’ treasure chest. Inside the chest were various certificates and prizes and the first person/group to open the chest won a rather tasty £150. This Treasure Hunt in Bangor was organised online through websites and social media.

Anyway, check below for more on the treasure hunt and the stories behind it, or you can just jump straight into the Treasure hunt beneath.

Each set of treasure hunt clues begin in Bangor Town Centre and follows a path past the various famous landmarks in the town. Clues 1 and Clues 2 can be completed separately and individually, however, to complete the final Treasure Hunt and Clues 3, you will need the answers to both 1 and 2. Unfortunately, Jenny Watts Treasure has been found so the final treasure chest no longer exists and there will be no prize at the end 🙁

The Legend of Jenny Watts

According to legend Jenny Watts was the youngest daughter of Jack Watts owner of the Jolly Fisherman a tavern to the west of the County Down town of Bangor.

As well as being the proprietor of the Jolly Fisherman, John Watts was also involved in smuggling, coffee, tea, silk and brandy from the Isle of Man and selling them in the expanding town of Belfast. The Isle of Man was widely used as a base for smuggling contraband into Ireland and Scotland as they did not pay the high duties levied in Great Britain and Ireland.

While Jack Watts did not take an active part in the smuggling he did encourage and assist his daughter Jenny who was an excellent sailor (a founder member of Ballyholme Yacht Club?) and skippered her wherry regularly to the Port of Peel in the Isle of Man to obtain duty-free wine and brandy to sell to the growing population of Belfast.

This illegal trade continued for some years and Jenny became a local hero as she shared the proceeds of her activities among the poor in the local community. However, she did have a number of close encounters with the excise men, but because of her local popularity, she always managed to avoid capture. And the penalties for smuggling were severe ranging from long periods of imprisonment to hanging.

It is not clear how Jenny Watts pirating career had ended, but rumour has it that one dark November night while Jenny and her crew were storing kegs of brandy in the cave (now known as Jenny Watts Cave) they were surprised by a large number of excise men. It was suggested that she had been betrayed by a local squire whom Jenny had rejected. (Jenny Watts Cave is located next to Brompton Bay on the North Down Coastal Path)

The crew managed to escape at the time, but Jenny, who was deep in the cave when the excise men arrived, decided to hide rather than face a long term of imprisonment. Jenny was never seen again and the locals believed she may have drowned when the tide came in and flooded the cave. It is also rumoured that she can be seen on Brompton Harbour on the last Friday of November every year.

However, Jenny had anticipated that she may one day be caught and had hidden a map to show where she had stored her fortune. Despite many searches over the years, no one has been able to find it. Until now!

One Saturday while playing football in Bangor Castle Park a number of local boys found a leather container which experts think may contain details about the long-sought Jenny Watts treasure. The boy responsible for the find is 10-year-old John Small from Silverstream Mews. In an interview with the Local Rag, John explained how the find came about.

“We were playing in the woods beside the Town Hall and Dave booted the ball into the trees. When we were searching for the ball I found this hole under the root of a dead tree. It was quite a deep hole but at the bottom we could see a leather tube about six inches in length. It was very old and dirty and badly damaged. We pulled it out and saw it contained some old papers and a map“.

“We decided to take it round to Dave’s house to let his dad see it. Dave’s dad could not read the papers as it was old and torn and damaged by weather but his mum said that it looked important and we should take it to the Museum.”

“We took it to Bangor Museum and showed it to Ann Teekes who said that despite the damage it was clear that the documents dated from the early 19th Century and related to Jenny Watts a well-known smuggler in these parts. It would appear that the papers show that she has buried her loot in the Bangor Area.

Ann continued, “We have sent the document to the Central Museum to be restored and we will publish full details of the findings here on jennywattstreasure.com (no longer active) at 10 o’clock on Saturday 23rd May 2015.

The treasure hunt took place on the 23rd of May 2015 at 10:00am, starting in, and around Castle Park/Abbey Street, when the first clue was published on the Jenny Watts Treasure website in the form of a map. With the answers to CLUES 1 and CLUES 2 helping with the quest on the day. The 3rd and final set of clues will be published on the website on the day of the quest. There was no entry fee to the Treasure Hunt but donations to a children’s charity were welcomed. Pirate Hats Optional.

The total prize fund was £300 half of which (150 quid) was found in the treasure chest and was awarded to the first contestant to unlock the chest. Other cash prizes were awarded to runners-up as well as the first person to complete the quest with the answers to all 24 Clues.

Congratulations to the Winners, Polly and Patrick McDonald and Ben and Laura Fitzsimons as runners-up.